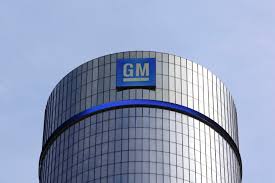 
Stefan Jacoby lands new top job in GM after being bundled out of Volvocars on his sick bed.

"Stefan will be a great addition to an already strong team. We expect that he will continue to deliver strong results in markets around the world, "said General Motors CEO Dan Akerson said in a statement according to Swedish business daily Dagend Industri.

Stefan Jacoby has previously worked at Mitsubishi, Volkswagen and Volvo Cars. On October 19, he was fired as president of the Swedish-Chinese vehicle manufacturer while he was recovering from a brain haemorrhage.

According to Stefan Jacoby, his farewell came as a surprise, and against his own will.
As he joins the GM he becomes part of a company that competes with his former employer.

"GM's management wants to win in all markets, and I am eager to contribute to it, "says Stefan Jacoby, in the press release report Swedish business daily Dagens Industri.
by Scancomark.com Team